What has a (e)spanish guy to contribute to the stock of economic knowledge? Surprisingly, some Professors in Stockholm thought that my insight could be a (potentially) nice addition to such stock.

But let me please explain to you how all started.
Being the firstborn is always challenging: you don't have an older sibling that can give advice to you or whom you can follow. That was my case: born to Jose and Cristina in 1992, I was the first of a large dynasty. They both work as actuaries (is this why I was attracted to Social Security and pensions? Dad is also PhD btw.)

Sister Cristina didn't take too much to come, only one year later (1993). After studying Law, she is currently working at the insurance broker AON (yes, I know, very diverse interests in the family...). 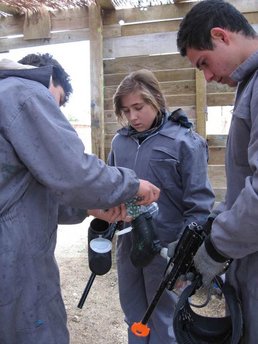 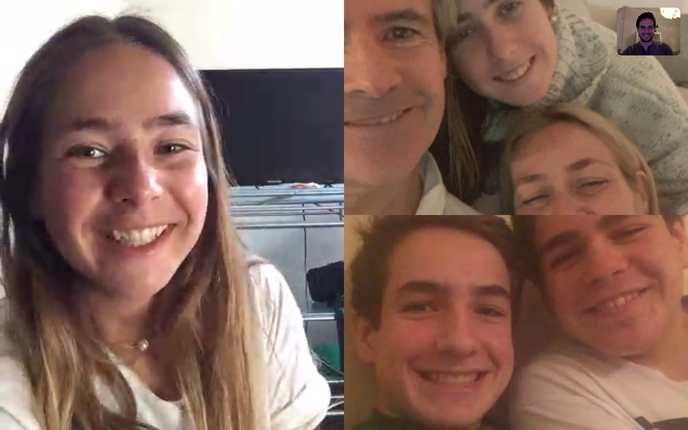 Sharing the news: Paula in Sydney, Jaime & Jorge in Dublin, Papá, Mamá & Cristina in Madrid, myself in Stockholm
Next one to come to this world was Paula (1997), who is currently studying law and political science to become a Spanish diplomat (will I have the strength to convince her to instead work at the European Comission?) During her bachelor, she spent two semesters as an exchange student in Sydney and Prague. This, actually, is something I do value a lot about my parents: they have always been keen to see us going abroad. Most likely, as any southern European parents (yes, here we have family links, and we try to main them across the life-cycle), they would have preferred to have us all together in Madrid.

The last two to come -twins- were Jaime and Jorge, in 2003 (they have not lived in two centuries, will not be able to tell that to their grandchildren...). They do not know yet, but they will become Econ PhDs. I just need more time to convince them. 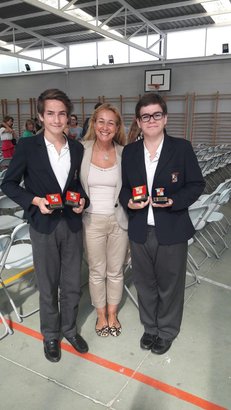 However, what I am actually most proud of is introducing them to Star Wars.
Big family huh? Five siblings. You do not see too many of these out there. 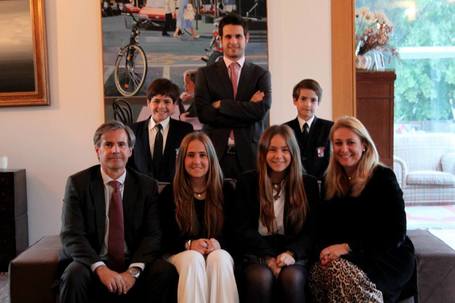 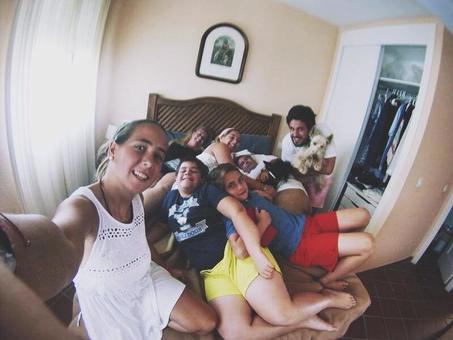 We do enjoy being close...and we have two dogs in the family! Mac and Nessie
Let me now focus on me. In the end, you are only interested in me...

After finishing High School with mediocre grades (average 5.7 over 10), I started to study a Bachelor in Economics at Universidad Complutense de Madrid. I actually had never been a good student: I enjoyed too much playing football and clubbing to waste a minute studying. 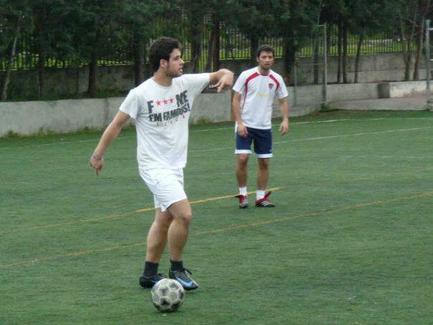 Until I met Cecilia 👩🏻‍⚕️, my partner in life (or in crime?). At that time studying Medicine, we mostly met in Libraries during the week. Weekends were different, do not think of us as geeks (which we may be). Due to this, I started to study econ more seriously. And you know what? I actually liked it a lot. I actually loved it. And I honestly hope that this love for economics will never leave me. 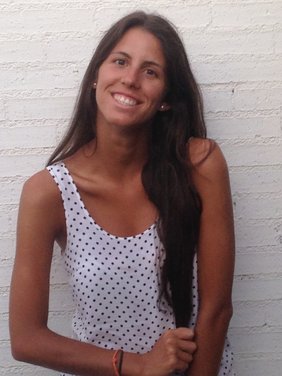 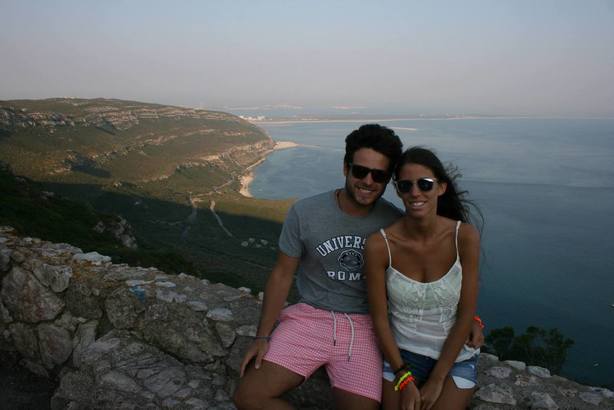 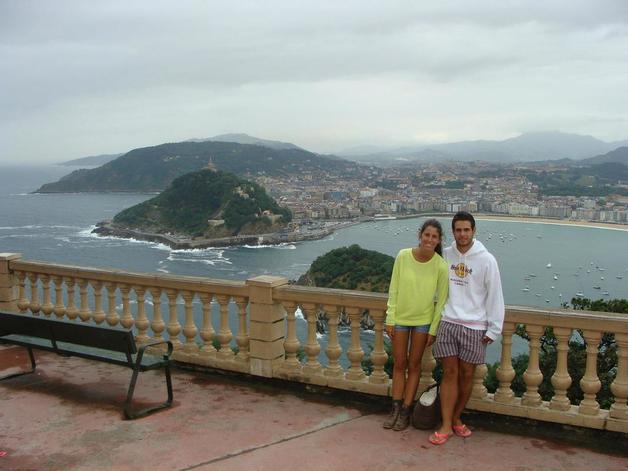 Most beautiful city in Spain (and hence, the world...), San Sebastian (Basque Country)
After two mediocre first years in the Bachelor, I started earning good grades. And I was fortunate enough to meet Jose A. Herce, whom directed my Bachelor Thesis. I will never forget the long meetings in his office, explaining to me how the Social Security scheme worked. The result of those meetings was a Distinction in the Bachelor Thesis (there were only two, and we were +300 students). Thanks to this, after finishing my degree I had a chance to do the MRes in Economics at Universidad Carlos III de Madrid. It was there where I was really introduced to economic research. And I had the chance to interact with one of the most inspiring person I know, Luisa Fuster. Her explanations, insight and help were enough to do a decent Master Thesis on private pensions and its welfare caveats.

Unfortunately, due to the limited vacancies and the particularly outstanding cohort I was in, I was not able to reach the PhD phase. Nevertheless, encouraged by my love to this profession, I started applying to several other PhDs. I will not write here the vast amount of them that rejected me -that will go into my CV of failures, which I hope I can write at some point. But, surprisingly, the Stockholm School of Economics sent me an offer (signed by Jörgen Weibull...if you know what I mean), which was unrefusable. However, after one year at the institution, I transferred to the Institute of International Economic Studies at Stockholm University, to be able to work with John Hassler, Per Krusell,  Kathrin Schlafmann, Kurt Mitman and Timo Boppart. 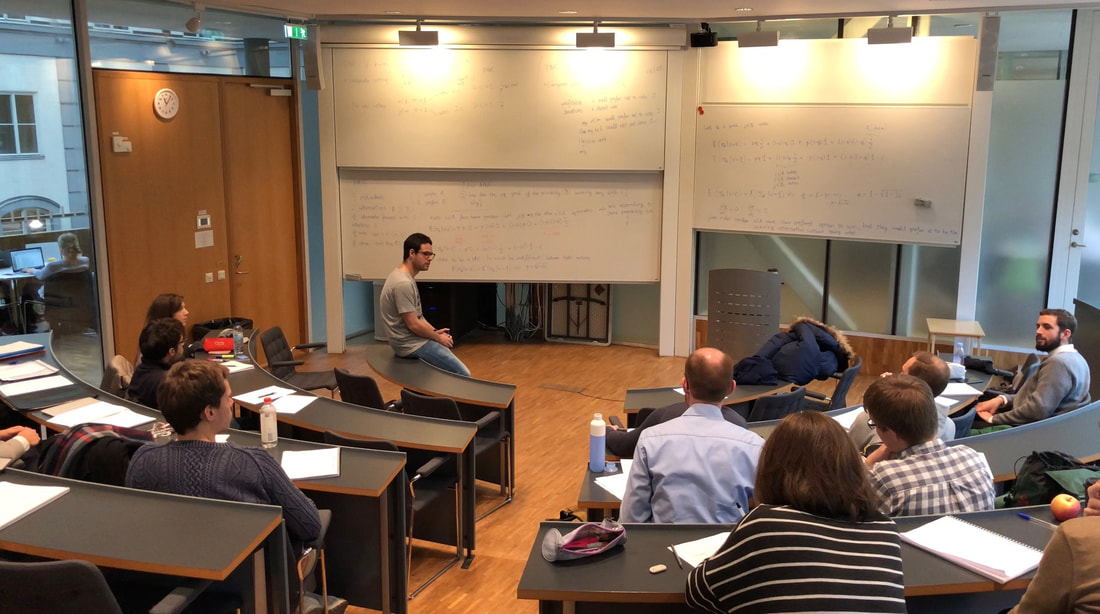 PS: I will one day tell you the story of the day I coached Real...and we won the league. For now, I will just leave a couple of pictures here. 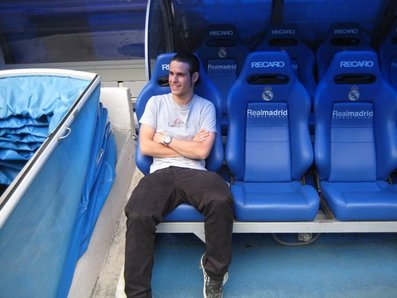 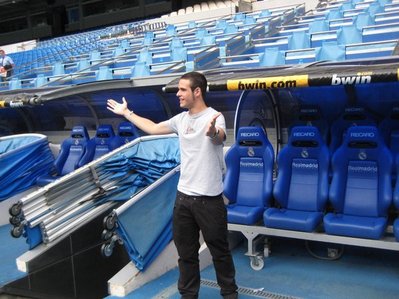 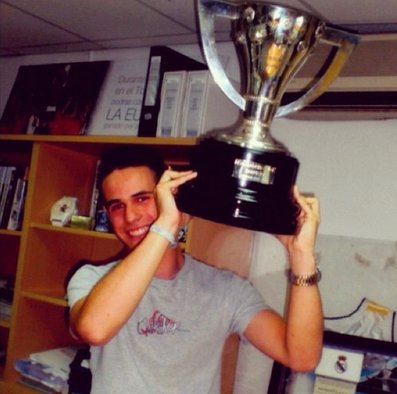